Stop me if you’ve heard this one:

The armies of Hell lurk beneath a little town. Your job, as either a warrior, rogue or mage, is to go in through the church and descend a bunch of randomly-generated levels, mowing down hordes of monsters along the way, until you get to Hell and destroy the big demon in charge.

It all looks so innocent at first.

Turns out, the “book” part is literal. Everything from the introduction to the environments to the characters to the flame effects on the ground are rendered in the same cutesy, pop-up book style, like they’re made out of cardboard. Along with the tongue-in-cheek humor, it aims to set a light, whimsical mood. Very disarming.

You’d never suspect that underneath beats the ravenous heart of a monster, seeking to devour your life.

“Oh come on,” the game says with an inviting smile that never quite reaches its eyes. “We’re just having a little fun here, that’s all. What’s the problem?”

You can’t deny their generosity. They shower you with a constant stream of rewards in exchange for performing simple tasks. Scarcely a moment goes by that you’re not breaking open a new urn as piles of gold coins spill onto the floor or lifting the lid on a chest to watch the prizes burst forth. More than 200 juicy achievements await collection.

Play through once and you’ve hardly scratched the surface!

At some point it becomes impossible not to notice that this whole thing is just one big Skinner box and you’re the rat.

The full scope of their nefarious design hits home when you realize that the Book of Demons is merely Volume 1 of a planned half-dozen or more, each one a new wing of an enormous interconnected Blizzard-style house of mirrors.

What saves us is that the gameplay they use to bait their trap isn’t nearly enticing enough to lure you in. It’s like they were so busy inventing new tactics to ensnare you that they forgot the little detail of building the actual game.

Inexplicably, they decided to force the player to walk only along narrow paths rather than roam freely in 2D, which takes factors like movement and positioning mostly out of the equation. It makes no sense. The game expects you not to stand in fire or get surrounded, to dodge charging enemies and avoid projectiles, and then locks you into a fixed line of travel.

The enemies, meanwhile, can go wherever they want. They start off simple (skeletons, naturally) and get more complicated, but not in a fun way. Every single new ability of theirs seems engineered only to frustrate and delay you.

Shields that you have to click through before you can start chipping away at their health. Timers that cap the rate at which they can be hit. Resistances that cut your attacks in half. Gauges that counterattack and heal if you hit them too frequently. They’ll teleport away and summon endless swarms of minions in your path, freeze and stun and slow you, drop obstacles all around you. Anything and everything to drag out this tedious experience as much as humanly possible. By the end it’s like you’re struggling your way through waist-deep mud.

There’s not even any visceral satisfaction in the act of blowing them up. Unlike Diablo, where at least you’re constantly unleashing thunderous smashes and explosions of holy light, meteors and lightning and scything beams of brilliant energy, most of the time here you’re just pecking away click-click-click with feeble basic attacks. The abilities you randomly find–they call them “cards” even though this isn’t really a card game, probably to impel you to collect them–are either routine items like potions or antidotes, or are at best supplemental.

I guess it’s fitting that this game plays like some kind of punishment right out of Dante, where the Devil serves you a magnificent feast but every bite turns to dust in your throat.

So much to do, but none of it worth doing. 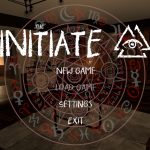 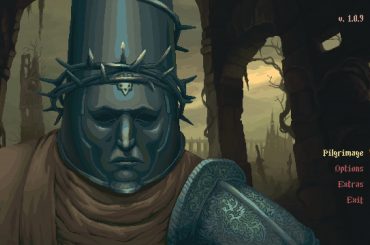 Bloodstained: Ritual of the Night

We use cookies to ensure that we give you the best experience on our website. If you continue to use this site we will assume that you are happy with it.OkPrivacy Policy